Namibia’s capital, Windhoek lies in a basin in the central highlands and is surrounded by mountains. It is a city often described as having a continental atmosphere which can be ascribed to its architecture, cuisine, dress codes and educational institutions yet also has the colour, sounds and tempo of a modern African city.
Pavement displays of African drums and woodcarvings from the north contrast with elegant shops offering sophisticated Swakara garments and Namibian gemstones set in individually designed pieces of jewellery. While some shops display clothing, silver and glassware imported from Europe, others stock casual and colourful cloths from West Africa.
Windhoek offers a wide variety of hotels, guesthouses, pensions and bed and breakfasts from which to choose, according to one’s needs. There are also several guestfarms and safari lodges in the area surrounding the city.

General information and & tips on the area: 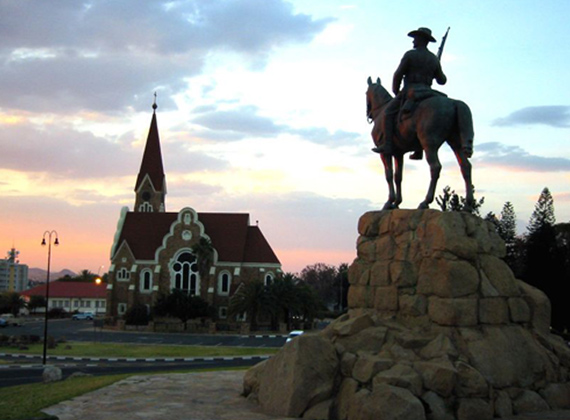