One of the largest parks in Africa which offers a spectacular game viewing experience.  The park is characterised by the Etosha pan a vast shallow depression – great white place of dry water.

One of the largest game reserves in Africa the park is home to 114 mammal species several are rare and endangered such as black rhino, cheetah and black faced impala.  The population of rhino numbering more than 700 represents one of the few growing populations of black rhino in the world.  About 340 bird species occur with about one third being migratory. Around the southern area of the Etosha Pan are a series of waterholes which offer rewarding game viewing.

Conservation in Namibia reached a milestone with the celebration of the 100th anniversary or the Park in 2007.

General information and & tips on the area: 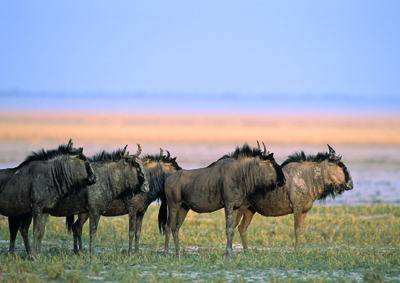